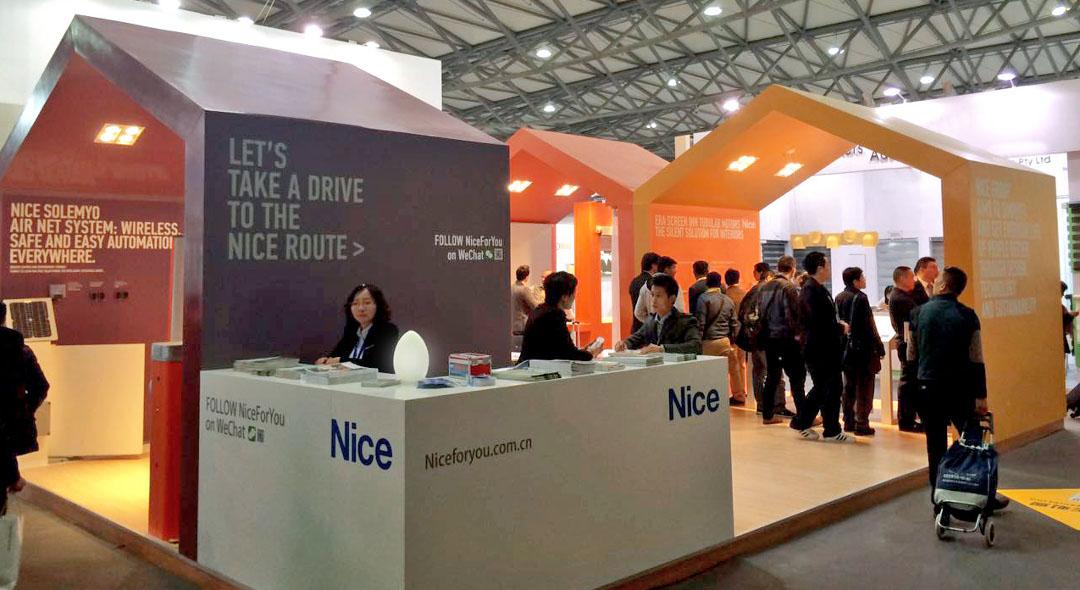 This spring Nice has taken part with success in R+T Asia 2016, the leading trade fair for the sun protection and home & building automation sector in Asia, carrying on the experience started last year with R+T 2015 in Stuttgart, Germany.

The event, taking place in Shanghai from 22nd to 24th March 2016, was a major landmark for Nice, which presented its innovative offer of cutting-edge technologies for highly integrated automation systems to the Asian market’s wide-ranging public.

In the large booth, set up following the style of the “Nice Route to Innovation” already used during the R+T trade fair in Stuttgart, visitors had the opportunity to get to know Nice products very closely. Among the products on display were Nice solutions for the automation of awnings, blinds and shutters, including the brand new “Nice Era Inn” automation system for interior blinds; the opportunities for integration with lighting and alarm systems and electrical loads; Nice solutions for the automation of gates, garage doors and road barriers, including the new line of Hi-Speed motors for swing and sliding gate automation. Special attention was paid to those devices allowing the automation’s solar power supply: wireless, ecological and energy efficient systems, which are particularly interesting for the Asian market.

Nice stood out during the fair, especially by winning the “InnovAction” award for the most innovative product, thanks to the brand new “Nice Era Inn” automation system for interior blinds: the products taking part in the contest were voted by a jury made of technicians and designers, and by the general public that voted through social media (WeChat, Weibo) and the fair’s specific media tools.

Let’s keep on driving on the Nice Route to Innovation!