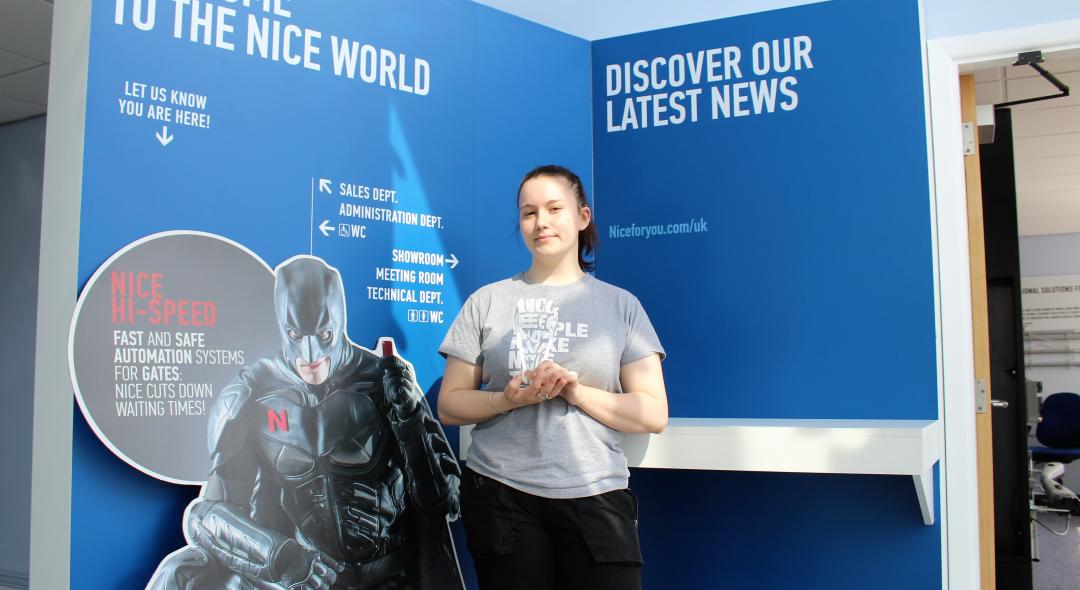 Nice UK is celebrating this week after team member Kay Jay Rose was named Apprentice of the Year 2017 by Vision West Nottinghamshire College.

Kay Jay was chosen for the special award due to her outstanding contribution to the work of Nice UK, and for going above and beyond in her duties in the warehouse.  From the beginning of her time with Nice UK, she has been a hard-working, well-liked and respected part of the team, contributing to a variety of projects and ensuring the smooth running of warehouse operations. She was nominated by her apprenticeship supervisor at the college, who recognised Kay Jay’s remarkable professional development and commitment to her job.

Vision West Nottinghamshire College is a very highly regarded training provider in the area and Kay Jay was chosen over many other candidates from a range of industries. With such strong competition, Kay Jay needed to demonstrate strong achievements in both her work and her studies to become Apprentice of the Year, and her hard work was recognised by her college. Following her win, she has been invited to a ceremony at the House of Lords in July with other successful apprentices.

Everyone at Nice UK and Nice colleagues from around the world are delighted with Kay Jay’s achievement and hope she remains a highly valued Nice team member for a long time to come. Congratulations, Kay Jay!