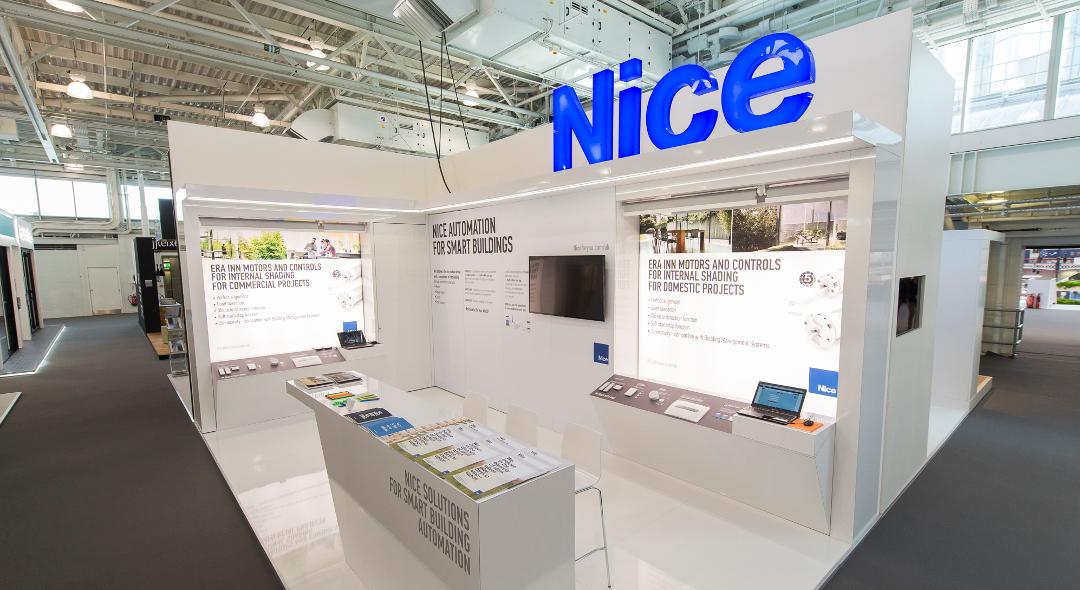 Nice enjoyed a successful trip to the 100% Design show, London, the largest UK trade event for architects and designers. The exhibition played host to many thousands of visitors and ran from 20th-23rd September at the London Olympia, Kensington.

The focus of the stand was mostly on the Era Inn internal blind automation motors, which attracted lots of interest from architects who were looking for automation solutions for both commercial and domestic projects. The stand featured two stations with working examples of the Era Inn motors for demonstration purposes. It was central to the Design & Build section of the show, which focused on materials and commercial solutions.

Most of the stand’s visitors came from the UK and Ireland but there was also interest from professionals from all over Europe, as well as countries further afield such as Thailand and Indonesia. This reflected the international flavour of the 100% Design show, which was the largest commercial component of the popular annual London Design Festival.