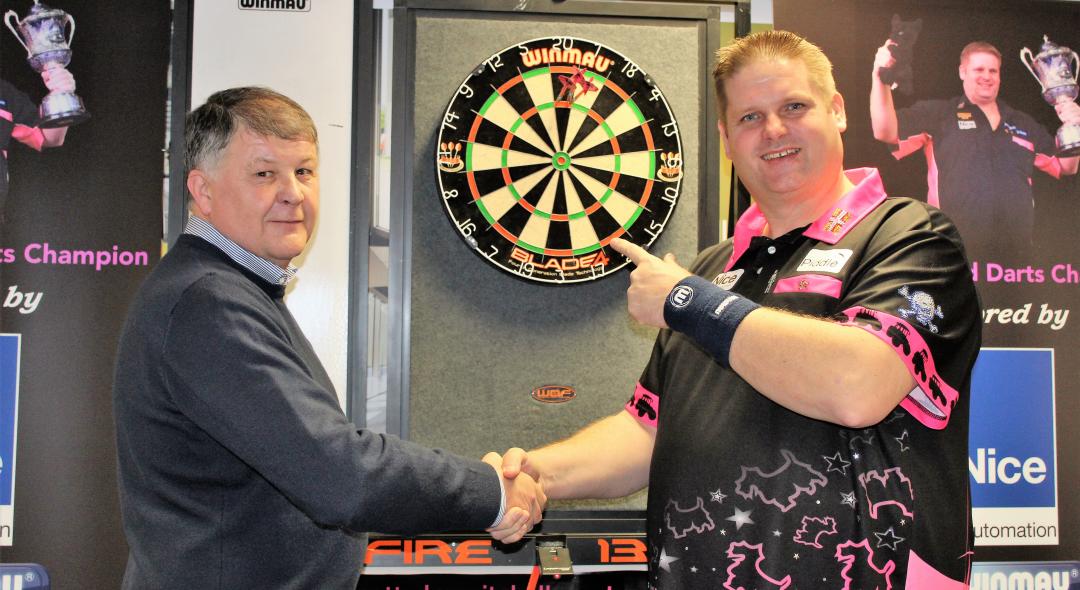 Visitors enjoyed a guided tour of the product showroom and training centre, which opened last year and includes examples of many of Nice UK’s most successful products, including the Hi-Speed range. Afterwards they had the opportunity to test their darts skills against the 2015 BDO World Championship winner. Scott was on top form, scoring impressive amounts of 180s and 140s and ending several games with a trick shot by throwing the dart flight-first and still hitting the right target!

Everyone who played Scott received their own special set of his trademark pink darts, complete with specially designed “Scotty Dog” flights. Scott was also happy to provide personalised signed photos.

Nice UK’s partnership with Scott stretches back several years, all of which have been very successful for both the company and Scott himself. Since his World Championship win, Scott has continued to enjoy considerable success in competitions and has captained the England’s men’s team on many occasions. Nice UK look forward to continuing this partnership through many more years of success.