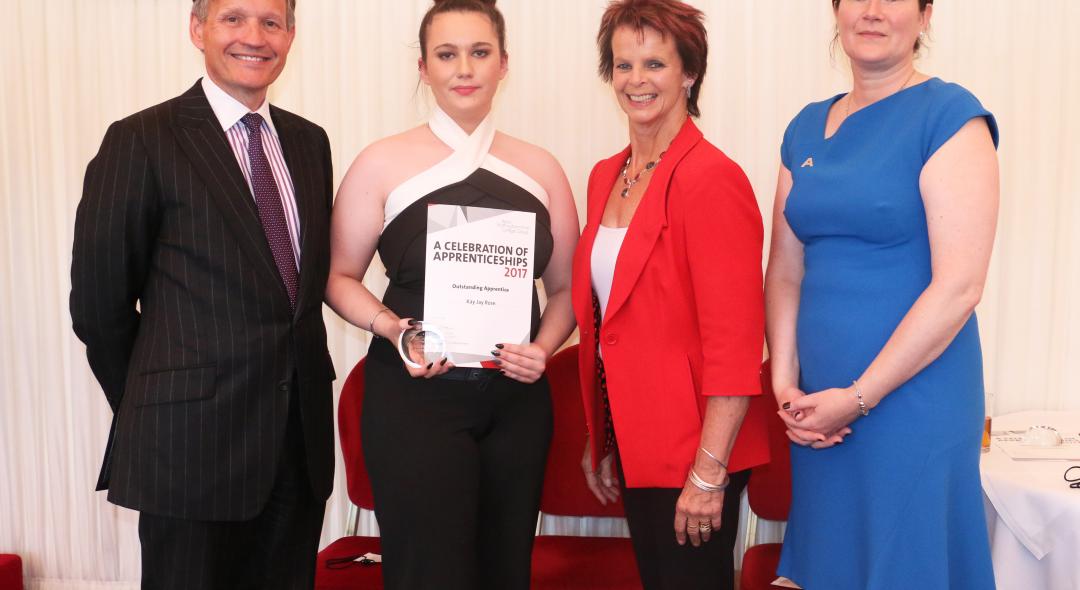 Nice UK has been named an “Outstanding Employer” for its successful employment of apprentices at a prestigious event held at the House of Lords.

Vision West Nottinghamshire College’s Apprenticeship Celebration is held annually to recognise outstanding achievement amongst both apprentices and employers. Nice was invited to attend following the success of Kay Jay Rose, who was named Apprentice of the Year 2017 by her college having been selected from 14,500 other applicants. Only 25 apprentices from the scheme secured invitations to the House of Lords. When speaking of Kay Jay’s achievements, the West Nottinghamshire College staff member who nominated her said “initially a reserved and quiet young lady, Kay Jay is now a trusted, confident and very respected member of staff… this is a true story of success for a young apprentice in her first working role since leaving school.”

The event was attended by officials from the worlds of education and politics, including Minister of State for Skills Anne Milton MP and Dame Asha Khemka DBE, the principal and CEO of West Nottinghamshire College.

The Outstanding Employer Award recognises Nice UK’s commitment to the employment and development of apprentices. Many highly regarding employees began their time at Nice through the apprenticeship scheme. As West Nottinghamshire College recognised in their event programme, “Nice UK have invested a great deal of time, energy and belief in their apprentices, to develop their next generation workforce… the apprentices are coached and supported by their colleagues, and are rewarded with trust and responsibility as they develop”.